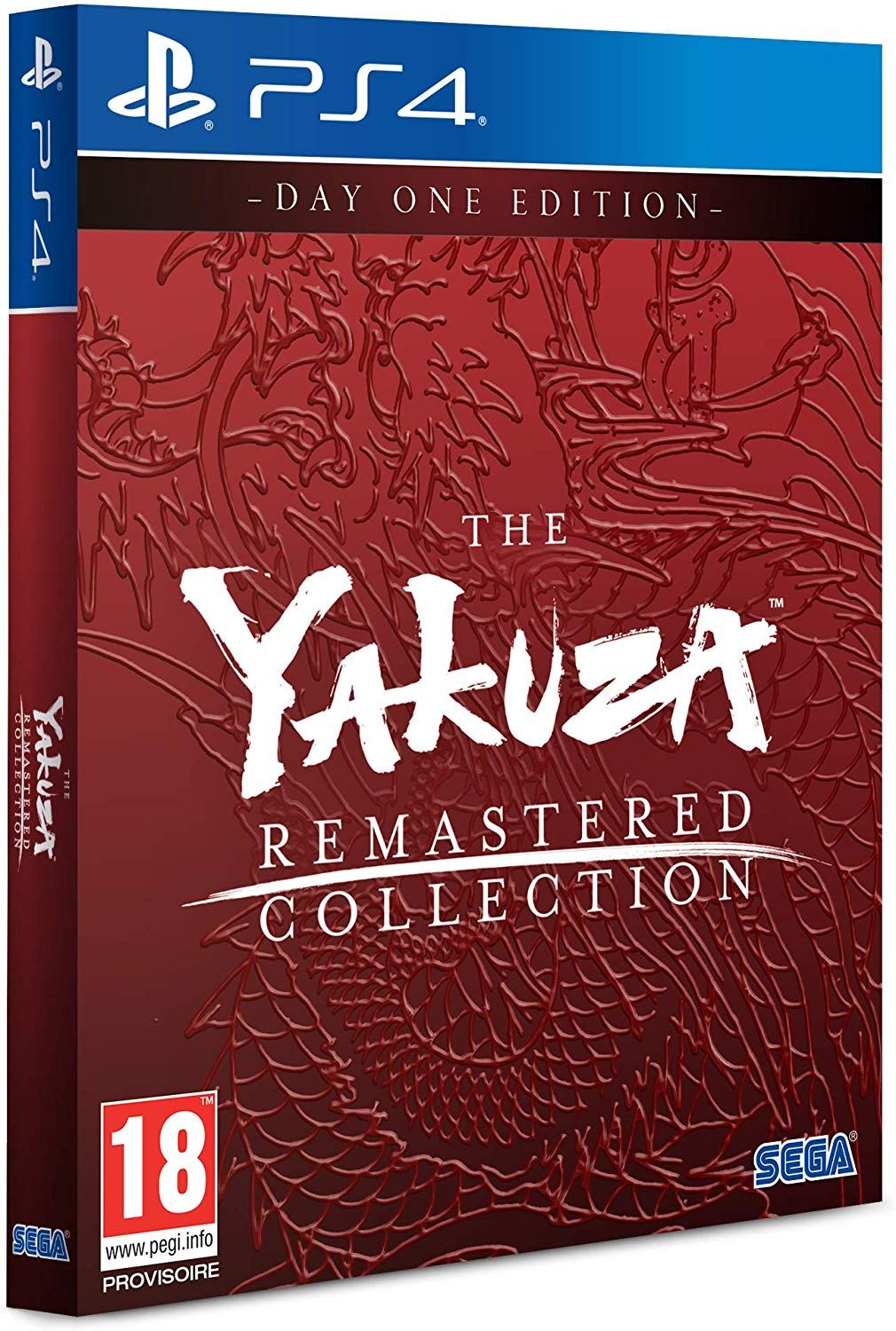 Pre-Order The Yakuza Remasted Collection and receive a Day One Edition:
- 2-Disc Digipack
- Yakuza 3, Yakuza 4, Yakuza 5 on 2 Discs
- Collectible Yakuza 5 PlayStation 3 Amaray Case
Features
Complete the Journey of the Dragon - The Yakuza Remastered Collection brings the final missing chapters in Kiryu’s story to the PlayStation 4. From Yakuza 0 to Yakuza 6: The Song of Life, players can now experience the full story of The Dragon of Dojima, all on a single platform
Remastered and Refreshed - All three games in the collection have received impressive graphical and performance upgrades, from 720p at 30fps to 1080p at 60fps and have also gone through a rigorous re-localization process. Missing content from the original Western releases has been re-added to the remastered versions, and the full English scripts have been reviewed, revised, and had portions rewritten for accuracy alongside the original Japanese releases
Description
Kiryu is back, and he’s looking better than ever.
The Yakuza Remastered Collection, which includes Yakuza 3, Yakuza 4, and Yakuza 5, is heading to the PlayStation Store starting with Yakuza 3 - available right now!
All three games have been upgraded from 720p at 30fps to 1080p at 60fps, and include content never-before-seen in the original Western releases, including Mahjong, Shogi, the ever-popular Cabaret minigames, and more in Yakuza 3!

Your shopping cart is empty!